A little late in coming I know…but on 26th December Brisbane was host to the first DDD Brisbane! We’d sold out quite a lot before the event and had 40+ people on the waitlist so it can only be a good sign that people are keen for these types of events. We were there early to setup to hand out lanyards (which was the secret password for free coffee) and the all important swag. 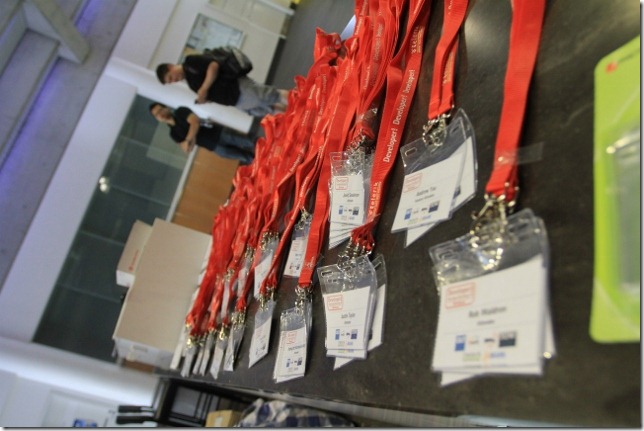 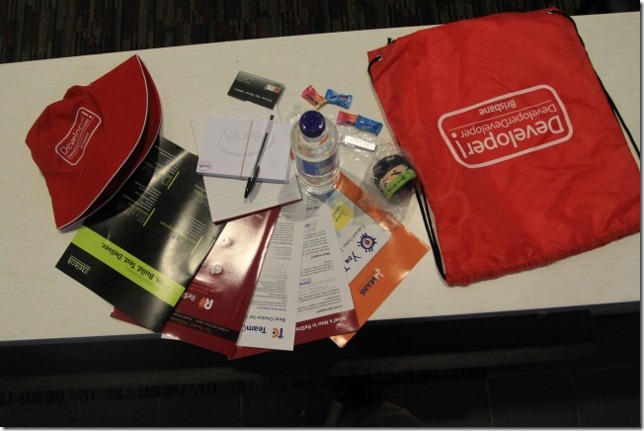 Damian gave the keynote and all important logistical information around rooms, food and how to win free stuff!

For lunch we brought in 35 pizzas, 6 platters of subway, 4 platters of sushi. I thought we had way too much food but in the end, all the pizza and sushi went and we were only left with 2 platters of subway.  Lunchtime saw a few people trying on various swag like the bucket hats and the very popular ladies Geekette shirts from Telerik. 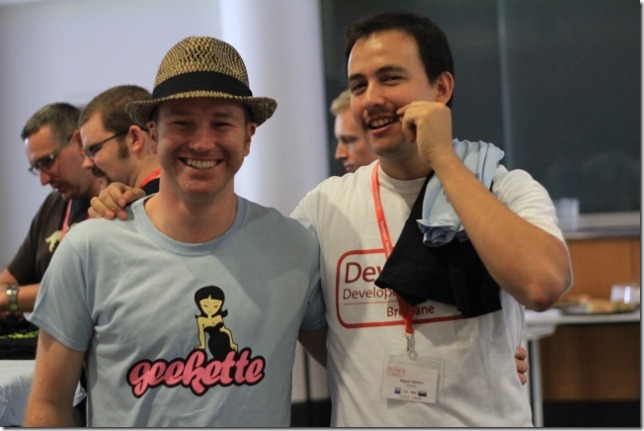 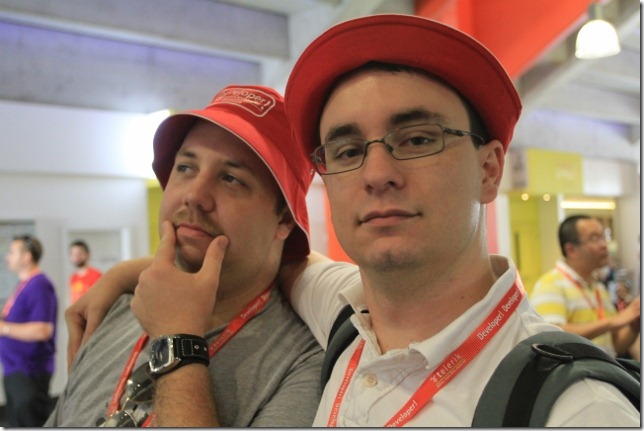 A bunch of great sessions by the presenters and then everyone gathered at the end for their chance to win a bunch of prizes supplied by the sponsors.

Overall I think the day went quite well and I hope we’ll get to see a bigger and better DDD Brisbane next year.

After being fortunate enough to be a Software Design Finalist Judge for Image Cup for the last 2 years, I’ve been invited to be part of the keynote and give a breakout session at the QUT Image Cup Smackdown Event 23rd November. If you aren’t aware this years worldwide finals are going to be held in Australia! If you can’t make the event and want to more about the competition itself, check out the main website http://www.imaginecup.com/.

Imagine Cup is the premier student technology competition in the world challenging students to create solutions for the worlds toughest problems.

Imagine Cup Smackdown brings students a prime opportunity to learn about Imagine Cup and learn from experts on what will assist you with solving those tough problems using technology!

Taking on the concept from the highly successful Smackdown 2010 event held at QUT last year, Imagine Cup Smackdown will showcase some of the latest technology and amazing demo’s which will blow attendees away.

Imagine Cup Smackdown will not only hold a keynote event but will provide attendees the opportunity to deep dive into tracks including Software & Technology, Business and Design & UI.

See below for the confirmed awesome speakers of Imagine Cup Smackdown!

So when is it? Wednesday 23rd of November kicking off at 9am sharp

and where is it? QUT Gardens Point S Block Room 403

and how much? FREE

The folks over at YOW! 2011 are putting up a couple of free tickets to the Brisbane conference and offering a discount to the Girl Geek Dinner ladies to attend.  For those that aren’t familiar, YOW! is part of the GOTO global conferences which includes QCON.  If you have never been to a YOW! event be ready for some great talks and training.

YOW! is known for breadth and depth. Checkout these links for your interest:

Free Ticket 1 – Anyone attending the SOLD OUT DDD Brisbane conference on 26th November will get a chance to win a free ticket to the Brisbane event on 5/6 December.

Free Ticket 2 – Girl Geek Dinners Brisbane members – a free ticket to the Brisbane event 5/6 December will be randomly selected from those who publicly tweet or post on the Girl Geek Dinners Facebook page before 3pm (Brisbane time) 25th November – Which of the YOW! 2011 Conference Speakers they’d invite to a Girl Geek Dinner. The tweet or facebook post must contain #YOW_OZ and #GGDBNE and a link to http://www.yowconference.com.au

Plus YOW could like to offer members of Girl Geek Dinners a 10% discount to attend the Brisbane or Melbourne Conferences. Please email bronwen@soulsolutions.com.au to take advantage of the 10% discount. 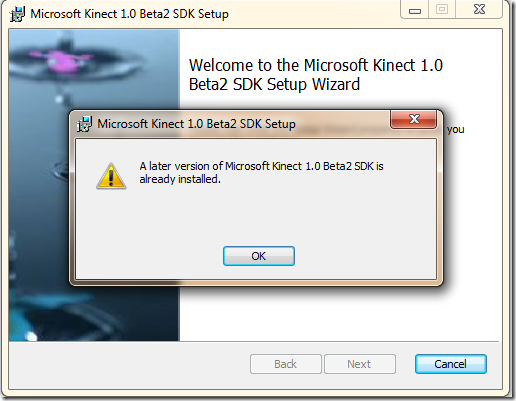