On the 14th November we held our Windows 8 Kickstart Workshop at the Edge. I’d been to the edge on a few other occasions but have never been into this particular lab before.  It was a great room that meant the attendees could easily look at me talking away at either end of the room but the setup also encouraged them to chat to each other.

We had a fair mix of people each with a completely different app idea. I think this is the first time I haven’t seen any overlap! It was a good group size – not too small yet small enough I could spend time with people who had questions etc. 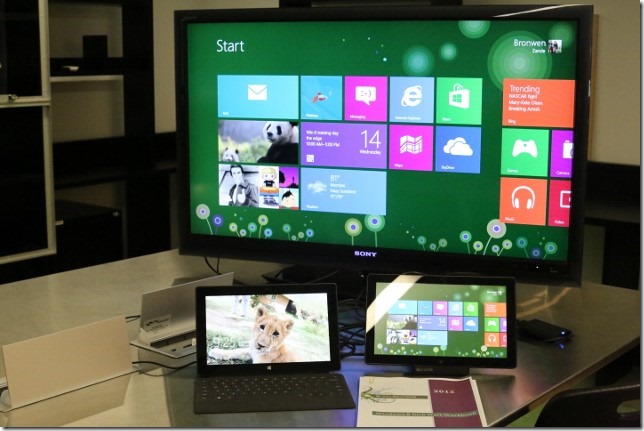 I brought along all my shiny toys. I had my laptop, my build slate and my shiny new surface. The surface proved popular with most people wanting to get a bit hands on with the new device. The room had a big Sony TV which meant I was able to plug in the devices and show features off in full HD. 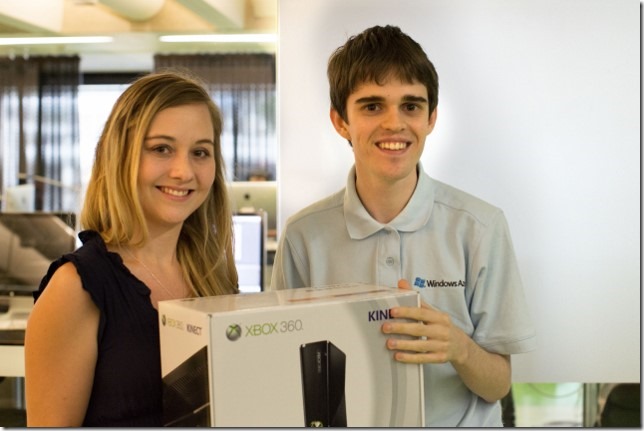 The last part of the day interested attendees pitched their app idea for a chance to win a xbox/kinect bundle. It was great to see some great pitches with awesome gestures that made me feel like I was using their app. Andrew (pictured above) took out the prize with his app idea that he has a working prototype for. Andrew is a student and I really hope to see his app idea entered in the 2013 Imagine Cup!

Thanks to Emily and the staff at the Edge for having us for the day and of course to the attendees that made it a fun day for me also.