After a day back in Cairo we boarded our mini-bus for Sinai in the north-east of the country. Sinai is quite different with more rocky mountains then down south, the roads were all sealed and our driver set speed records to get us to St Katherine a good hour ahead of schedule. As pat of the trip we went under the Suez Canal, I took some bumpy video of the massive container ships in the narrow canal but then left the camera on the bus for 5 min where it went walk about never to be seen again 🙁

That afternoon we hiked up the 3750 steps of repentance to the top of Mt Sinai where Moses had forged the ten commandments. Bronwen was not well enough for the trek and others in the group opted for a camel.

It was an impressive view from the top and worth the hard climb. We watched the sun set while others read passages from the bible then proceeded back down with torches.

The next day we visited the Monastery of St Katherine which was packed with tourists. The main feature was the burning bush which was a little like an out of control blackberry bush kept in shape by the fact that anything in reach was dead from being touched by the thousands of visitors per day.

We then proceeded east to the coast, the red sea and our beach resort Sawa.

This place was really good and gave us a chance to just relax with good food. The wind was cold but the sun was nice and warm, time to reflex on how good the weather had been in Egypt, clear blue skies everyday. That night we got a sandstorm that almost took the roof the bungalow and the camp, a once in 15 year event it certainly added some adventure to our stay. When we awoke in the morning we each had a perfect silhouette of sand around where we were sleeping. The staff were very quick to clean everything up. Unable to sit still for too long we convinced the staff to setup the volleyball net which brought out everyone’s competitive nature and good fun. 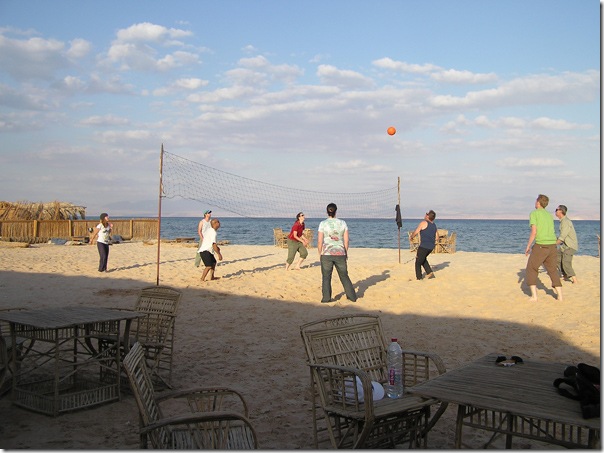 We took a break from the relaxing and took a 4WD trip to the Coloured Canyon on the second day. A 90 min trip including some bumping travel over a dry river bed it was great to see something very unique to that area.

It was just Bronwen and myself on the trip with our guide, we were the first to arrive so got some great shots without hundreds of people in the photos. I tried to take this rock home as a souvenir but had to leave it behind as things got narrow. 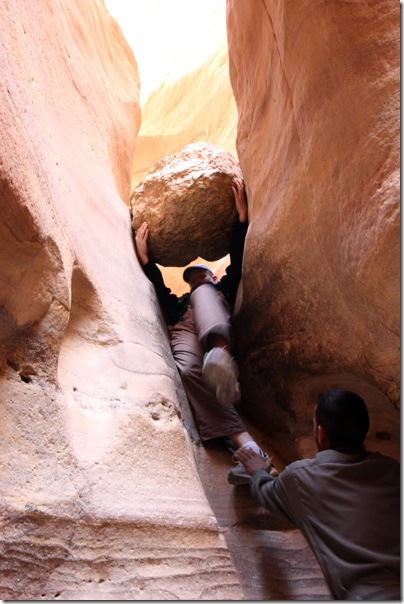