Today the park owner, Peter, had to dart one of the large male lions in order to transport him. Peter darted the lion by himself so as to keep the lion calm but we headed down straight afterwards to assist with carrying the large male lion to the specially made container on the back of Peter’s SUV. 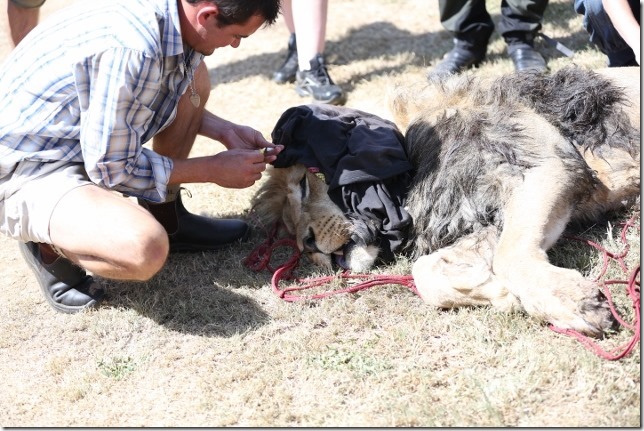 As you can imagine the lion was heavy and a little awkward to get through the smallish gates in the enclosure. It did give me an opportunity to see really up close just how big the head of the lion is and the size their paws. Just before loading we got the opportunity to take a couple of shots:

First up, the amazing tongue of a lion. This thing can lick skin off. 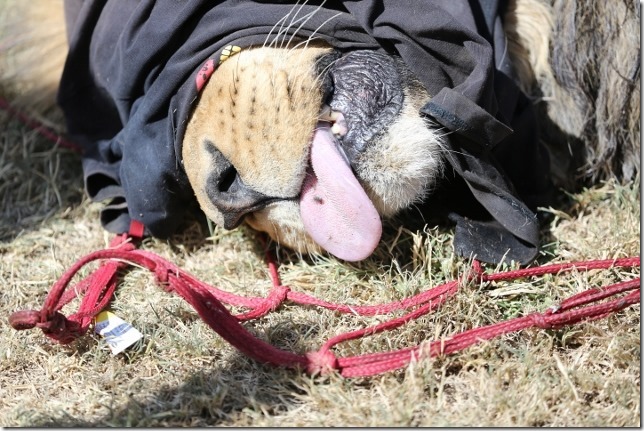 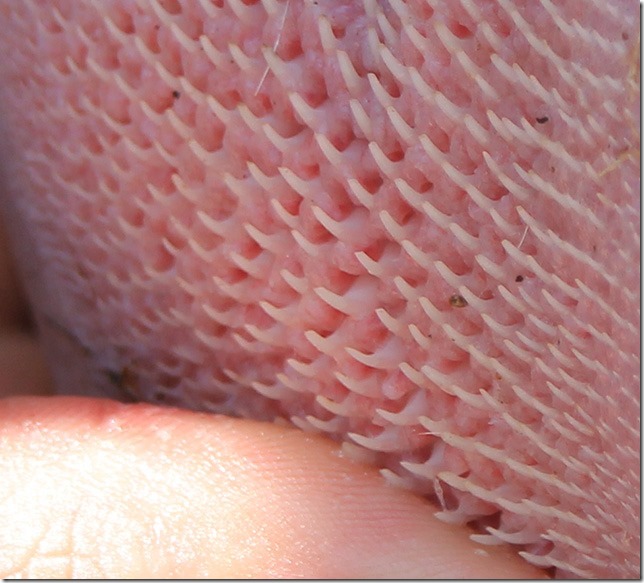 and next the giant paws, used to kill small animals in a single swipe. 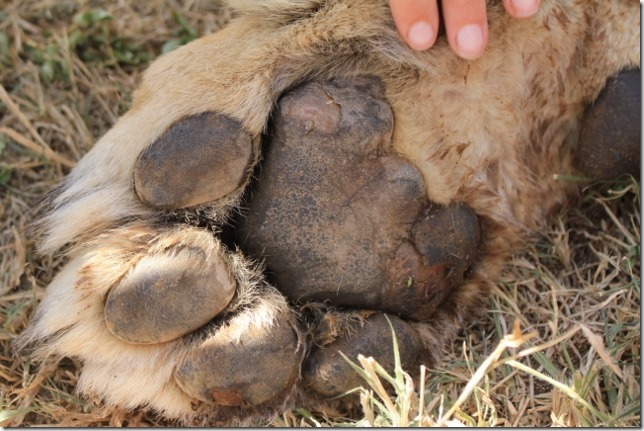 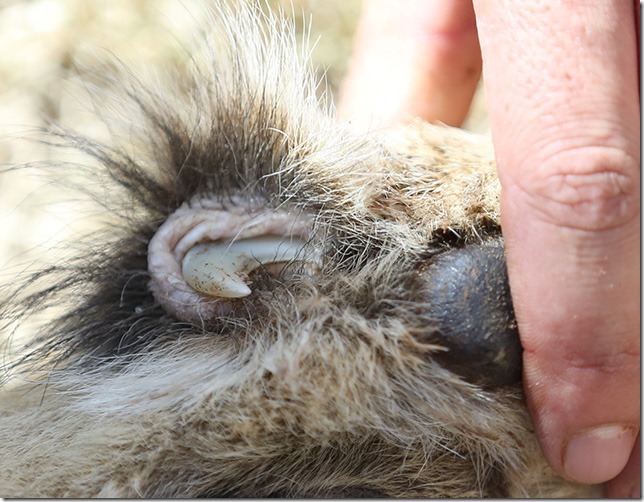 Amazing stuff. After the obligatory “yes i was here with an unconscious Lion”, I carried him from his tummy side in the centre btw, we loaded him into the container, Peter administered the reversing agent, closed the door (it is purposely kept dark to put less stress on the lion) and headed off. 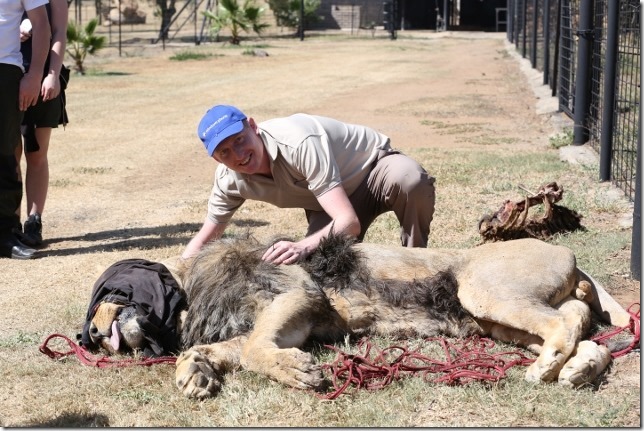 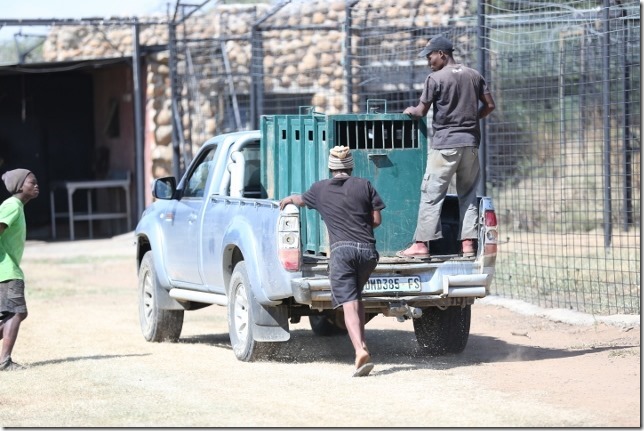