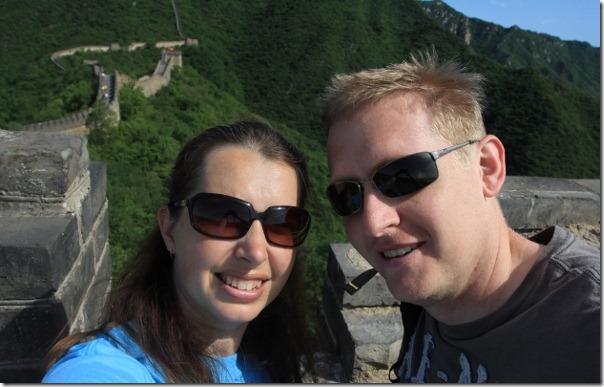 After giving up on getting a clear day, let alone a blue sky we’d planned to go to the wall today. We must have spent enough time at the Department of Perfect Picture Day at the Taoist temple yesterday or something as today was the first clear blue sky we’ve had in Beijing! We set off at 7am and got to Mutianyu right on 8:30, grabbed our cable car ticket and were one of the very first people up the wall. 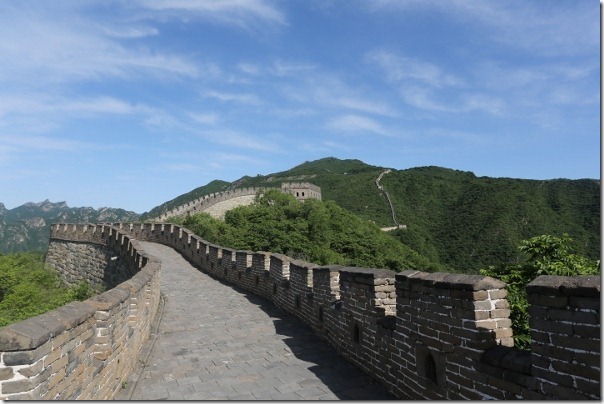 That meant not only did we get a blue sky but pictures without people! 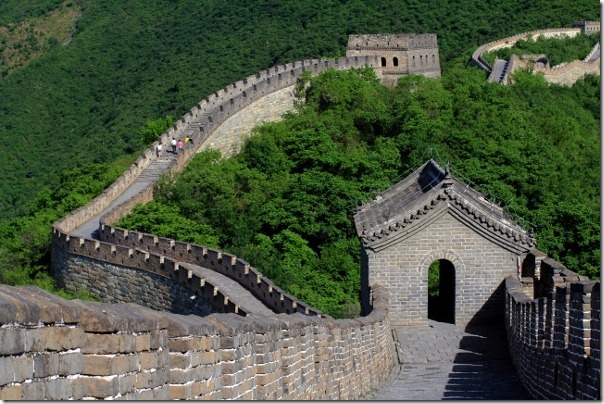 There was a nice breeze up on top but the sun was still pretty harsh and we’d left the CP filters in the hotel.. DOH! 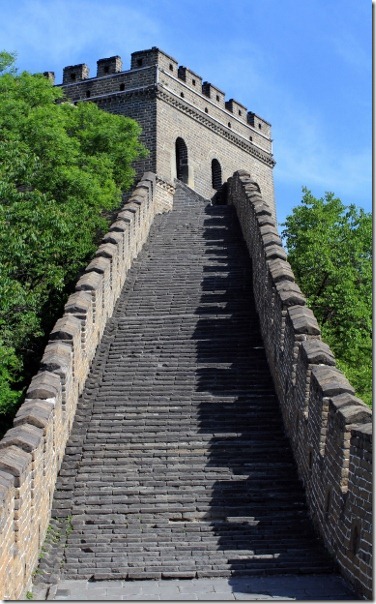 Least it meant we got some colour rather than a dull grey haze in our photos. We went a little to the east first got a few pictures before heading for the extreme west. The last bit of that section is insanely steep with lots of stairs. 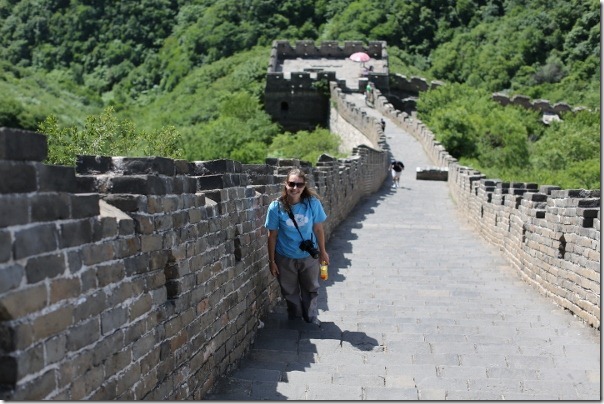 I needed a bit of a break half way up… 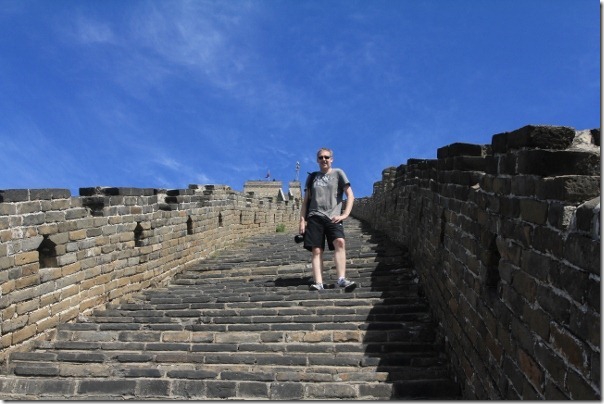 While I sent John on ahead so he could get a good view without any people. The last stretch is tough, after a bunch of stairs you get the last bit that is like 3 stairs high per step. My legs were definitely sore by the time I got to the top. Then it was back the way we came, past the cable car and trying to get to the other side. 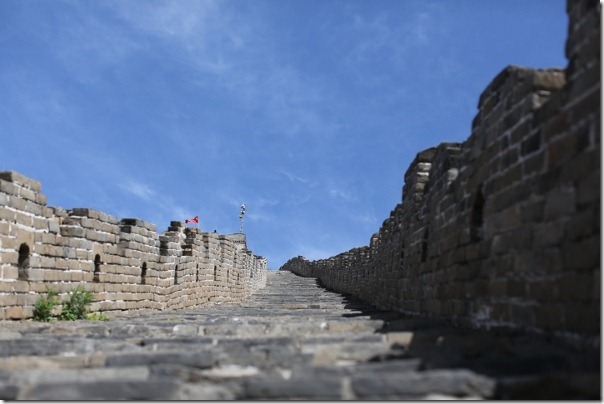 The surface is pretty rough underfoot and you do have to watch out for random drains, missing steps etc. We made it a little past the chair lift before we decided we’d better head down as we didn’t thing we’d get up, back and then down the wall in time to get picked up by our driver. So we bought a slideway ticket. 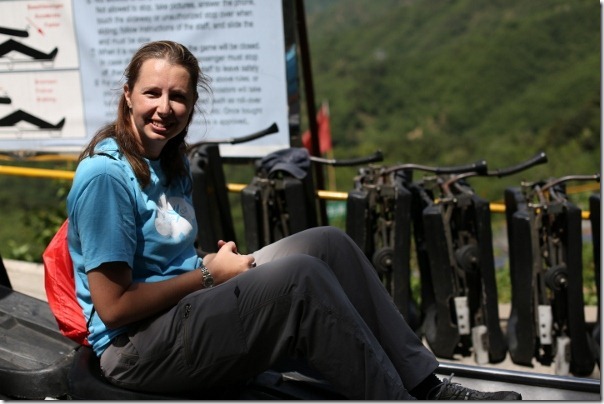 Started off cool for the first two bends till we caught the lady in front of me. She pretty much sat on the brake, barely moving, all the way down which meant we had a slow, dull ride…but better than walking down all the stairs. A few private tours and school groups were there as we left the mountain. As we were heading back to Beijing we saw all the buses of tour groups turning up so glad we’d made it up and down without hitting all the crowds.

Had a bit of a rest in the afternoon before heading to the CCTV tower. We caught the train a fair way west and after a bit of a walk through some dodgy streets we finally made it to the base of this guy.

We bought our entry + dinner at the revolving restaurant ticket and went up to the top open air platform at 238m.

The view was AMAZING! After being on subways for a few days I had no idea of the scale of the city till I got up here. The buildings right on the horizon is the CBD and the view all the way round the tower is like this. The city is massive. Then we went to the restaurant which was quite expensive (compared to most meals we’ve had). Turns out it’s pretty much all seafood which John doesn’t eat at all so we had slim pickings till we found the beef slices they cook for you on demand and of course the desert bar. The view from the restaurant is pretty amazing aswell and nice to sit and eat and slowly move around the city.

Felt a bit lazy/tired and got a taxi back to the the hotel. Tomorrow is our last day in Beijing and thinking of going to the Summer Palace which should use up the rest of our credit on our metro cards. Hope tomorrow is as nice a day as today was.