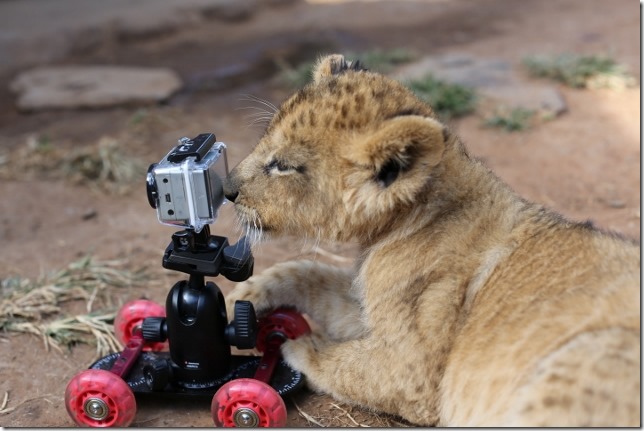 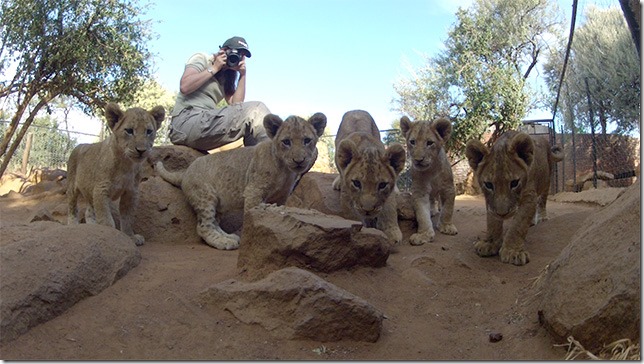 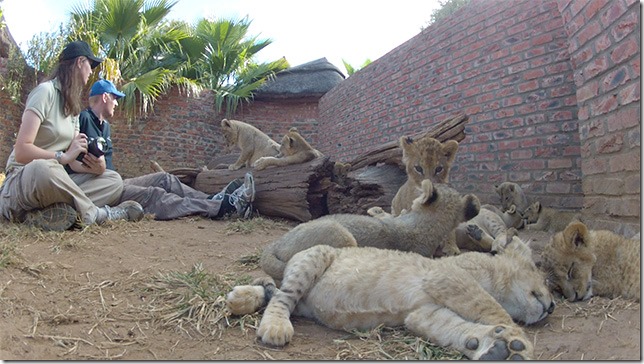 At first both groups of cubs were a bit cautious but the pink wheels were too hard to resist. The smaller group of cubs like to chew on the camera and wheels while the older group were a bit more aggressive and preferred to bat the camera with their paws. 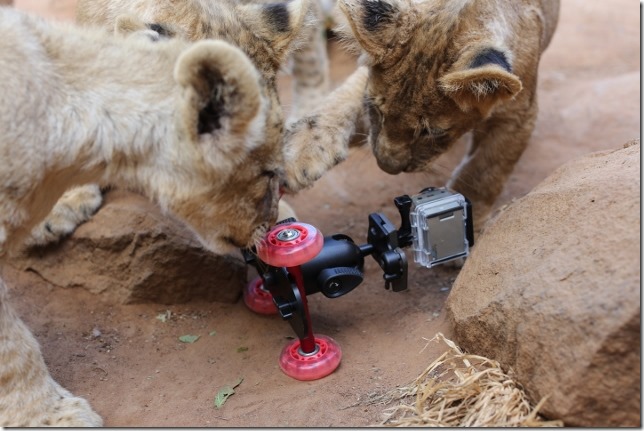 They had a bit too much fun and didn’t take them long to knock it completely over and a whole bunch of cubs to surround the Go Pro which was when we stepped in to rescue it.

Lunchtime, we went to the Cheetah Lava and had a braai and watch the tigers playing in the big pool. 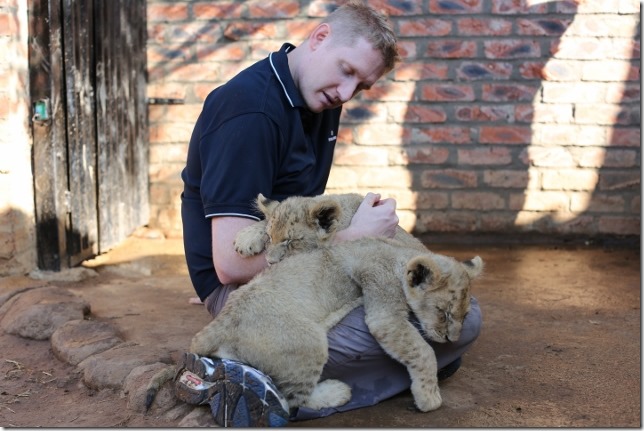 In our spare time we also played with the cubs. John’s pants are completely covered in dried milk from bottle-feeding, so the cubs like to lay on his lap and lick at his pants and then fall asleep on him, which is terribly cute. 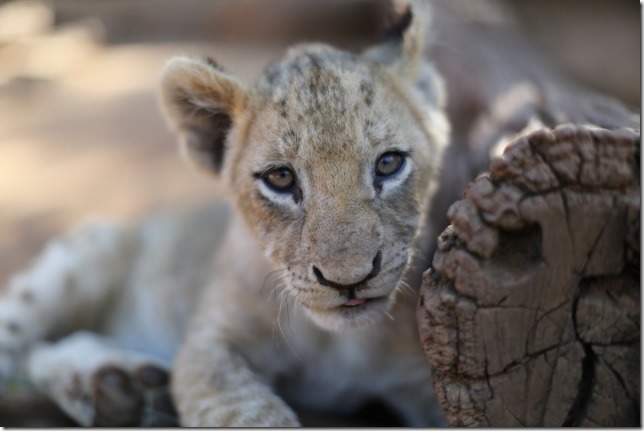 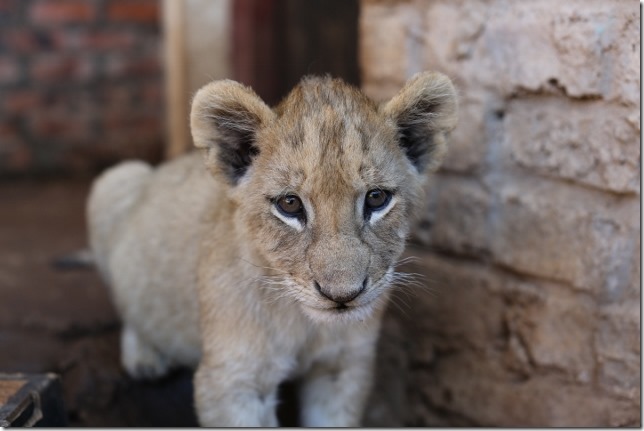 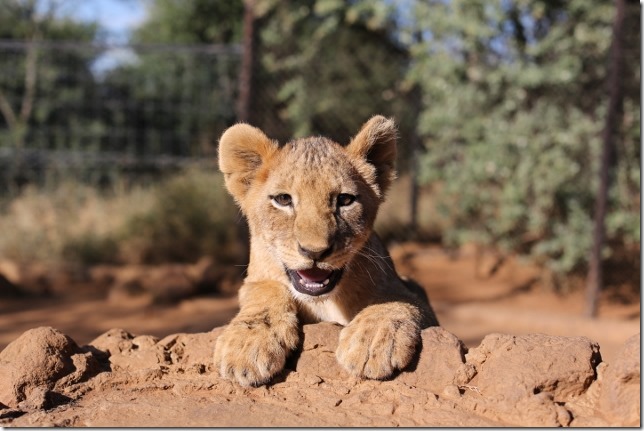 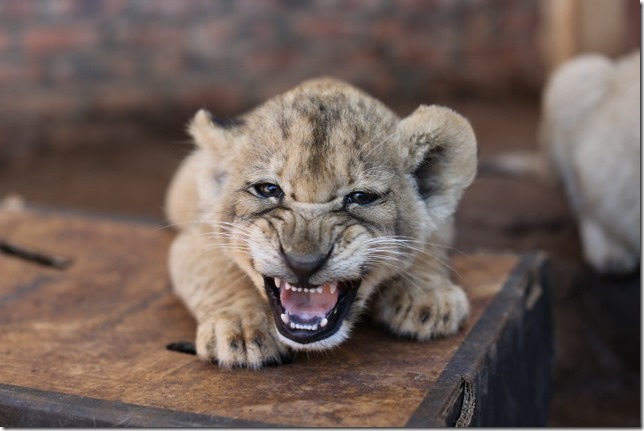 While John was running around with the Go Pro, I sat around and took pictures of cute looking cubs.

This afternoon I looked after the nursery cubs. They are very cute, and can’t walk in a straight line for long, but have razor sharp little claws and like to use them to hold onto your hand when they’re drinking which can be a bit painful.