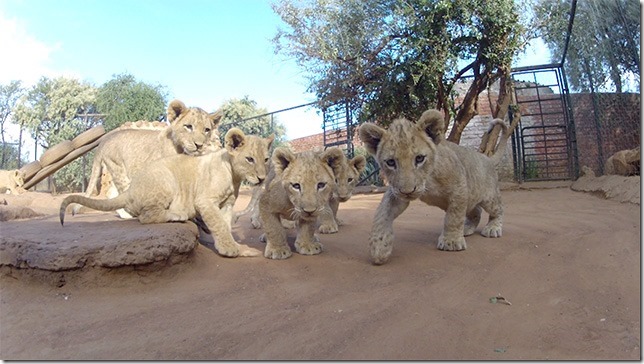 Today was pretty quiet. I was looking after Rex the caracal (which involves cleaning his water in the morning and giving him a chicken at night) and John was on Dogs and Ducks – also pretty easy – give them a bit of food and take them for a walk. 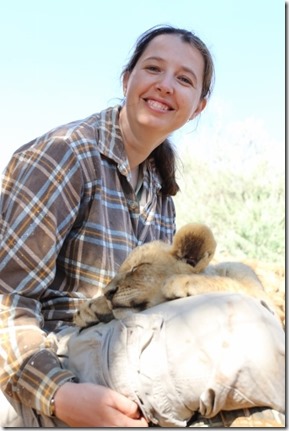 It was quiet hot so we visited a few of the cub groups, got our clothes a bit more torn, but most were pretty sleepy, which made us sleepy so had a bit of a nap.  So today I’ll dedicate the pics to the ABC’s. 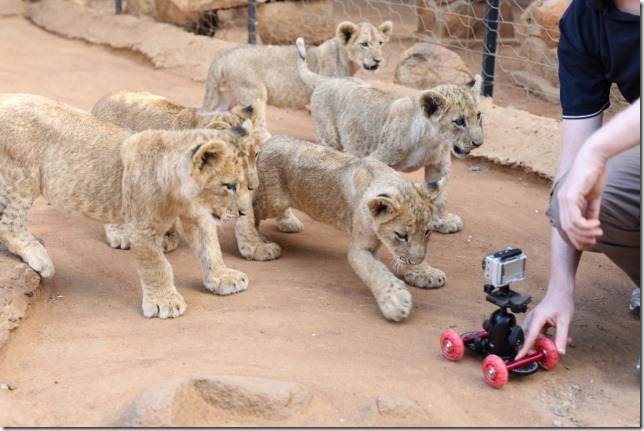 Each new litter gets named after a letter of the alphabet, so you can get an idea of how old each litter is based on the lettter their name starts with. 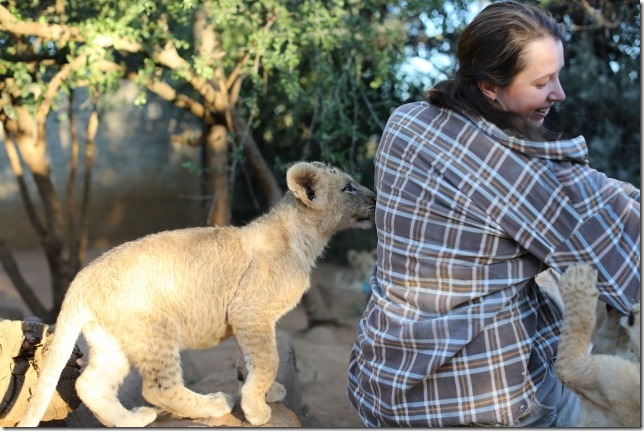 In this enclosure there are 3 litters totalling 8 cubs, ranging from about 13 weeks to 9 weeks – with Clarise the youngest and only C being the most boisterous and bitey. She’s also the first to come around to you and want to play and is the smallest (being a C). 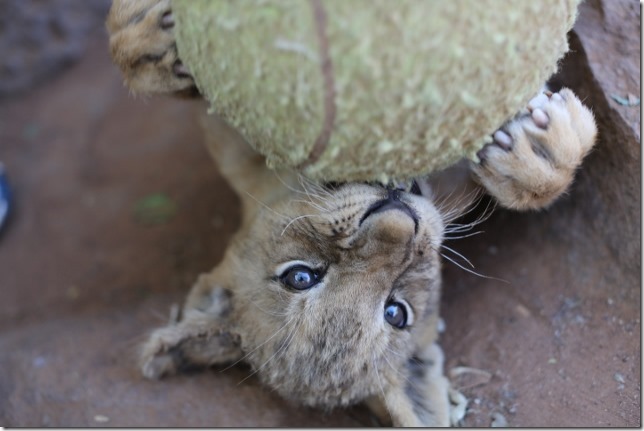 These guys are quite skittish unless they’re in a pack and takes them awhile to warm up and want to play with you, but when they do they have very sharps teeth and claws. 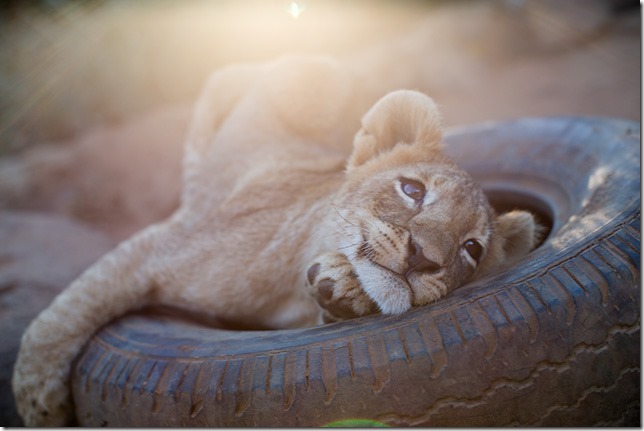 In the morning you get some nice backlit sun on them and they can be quite playful. 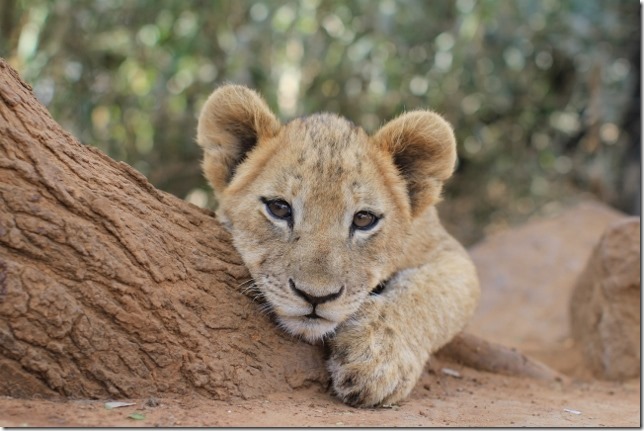 In the afternoon after lunch they are a lot more chilled as it’s hot and they lay around a lot. 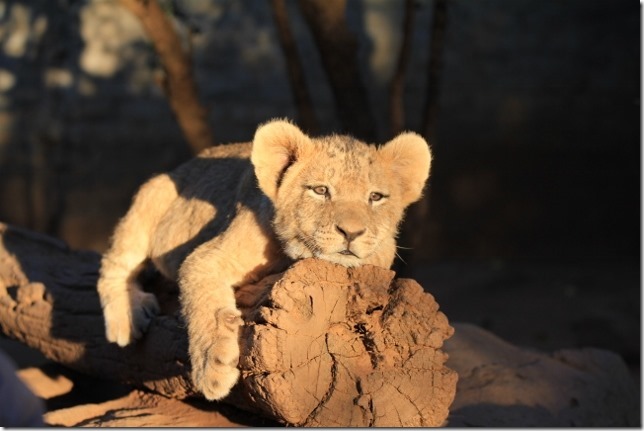 In the late afternoon before they get their final feed we can get some nice light in the enclosure and just hope they sit in the right spot for us to take pics. 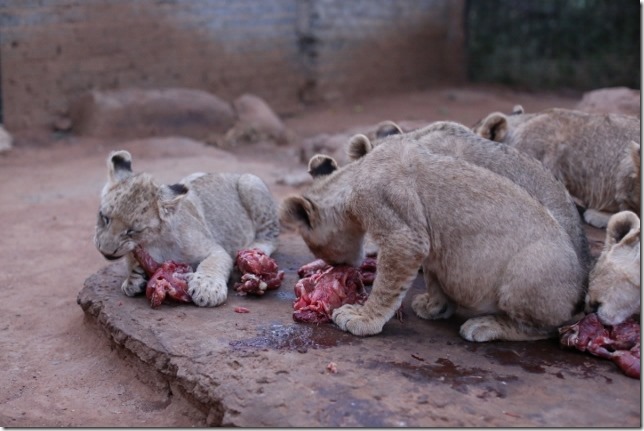 Just on dark they get some more meat and turn into completely different animals. Very vicious and protective of their food. 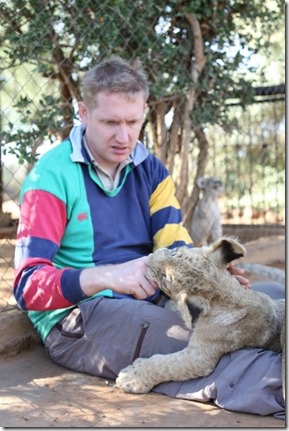 They just play with us like they play with their siblings but our skin isn’t protected but a layer of think skin and fur like theirs so can get quiet painful. 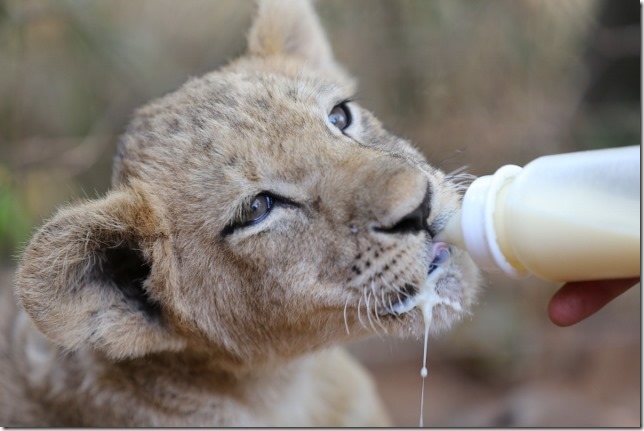 They also tend to be messy drinkers. They get meat morning and night and 2 rounds of milk bottles during the day and seem to spill more on themselves and us then they get down their throats most of the time.