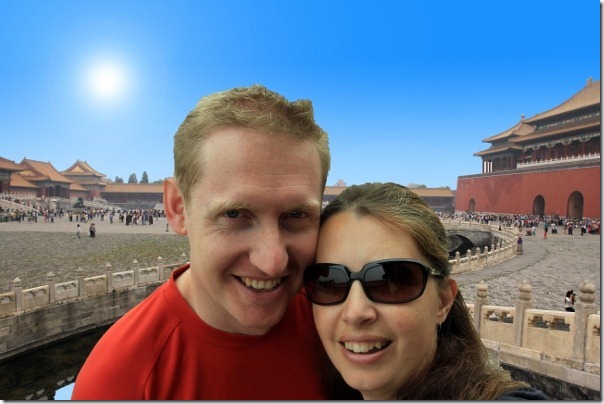 Today we did the touristy stuff. First we wandered down from the hotel to Tiananmen Square. 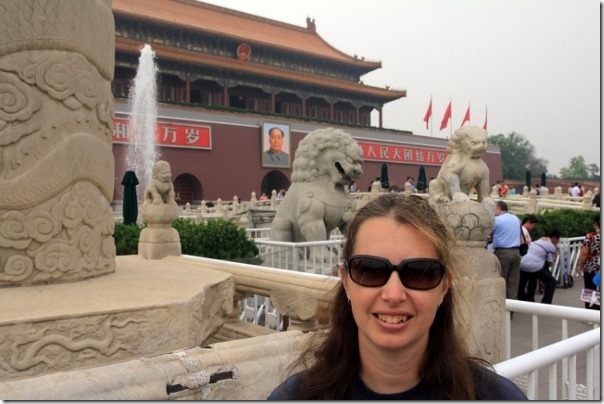 Then we got in the queue to enter the Forbidden City along with 100’s of other tourists. 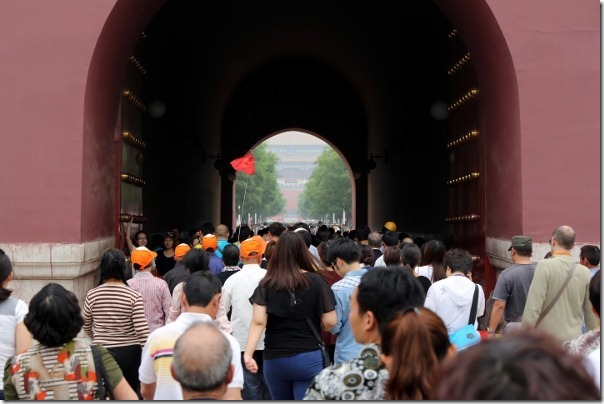 It was a pretty grey day so not great for taking photos. The city is massive but in need of a bit of TLC. 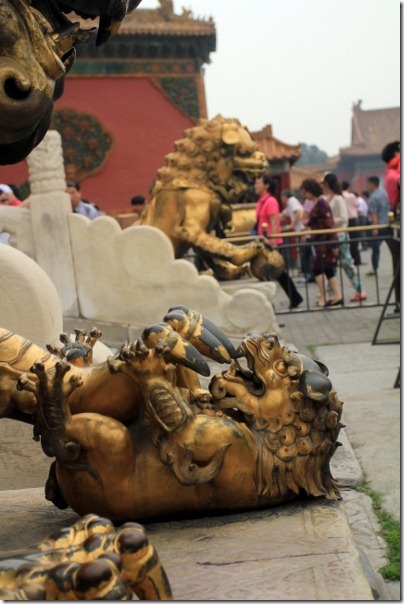 There’s quite a few sculptures around the place, lots of dragons. 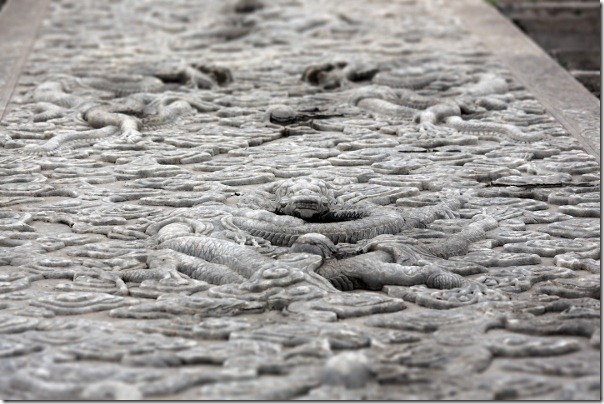 Lots of intricate details on the banisters. 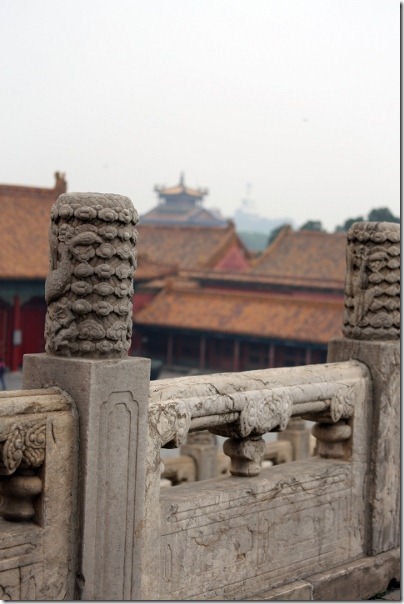 People seem to be obsessed with getting their photo taking while touching something, so we can see why the handles on these massive bowls are shiny. 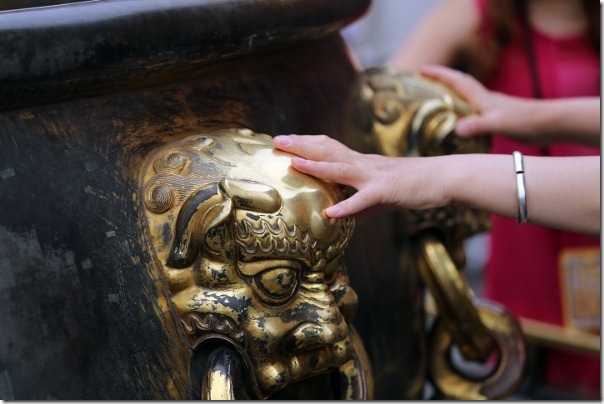 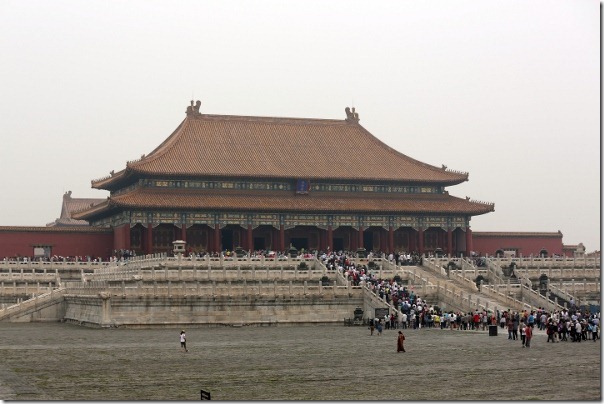 We wandered out the north gate and swung around to the NE corner to get a view of the moat. Want to come back here at sunset one of the days and get a better picture with some pink sky in the background 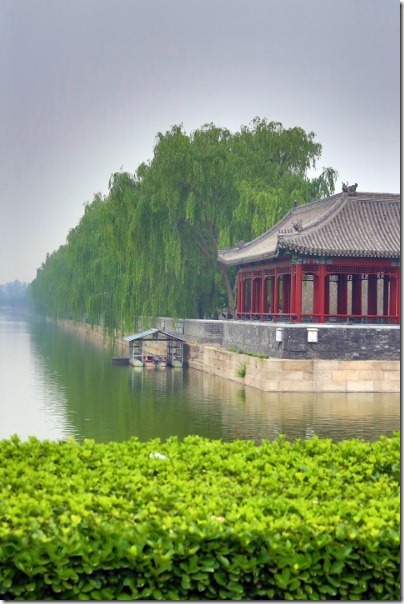 After a few hours of wandering around we weren’t dealing well with the pollution so headed back towards the hotel and grabbed lunch and chilled out for the afternoon. In the evening we decided to try to get to “Ghost Street” via the subway. 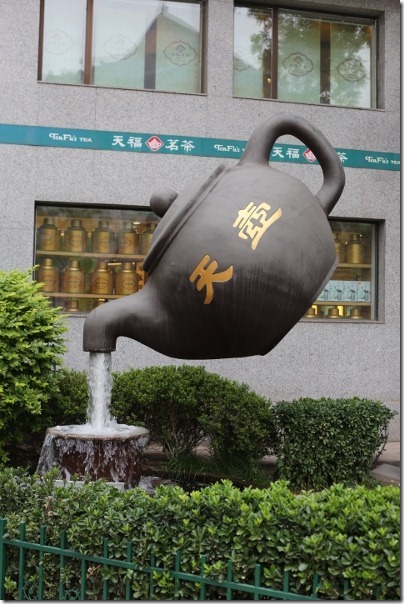 On the way we passed by this cool tea house with a nifty tea water feature. I’d worked out the best way to get there was to use the subway and they have tickets like the Go Cards at home so we could put a bunch of credit on it and not have to talk to people to buy tickets. When we arrived at the station the machines were out of order so had to go to the ticket desk to try and buy the cards. Luckily we managed to get these without too much trouble and we were off. The subway is really well signed and once you’re inside it shows each of the stops, which one you’re up to etc so it was quite easy to get to where we were going. 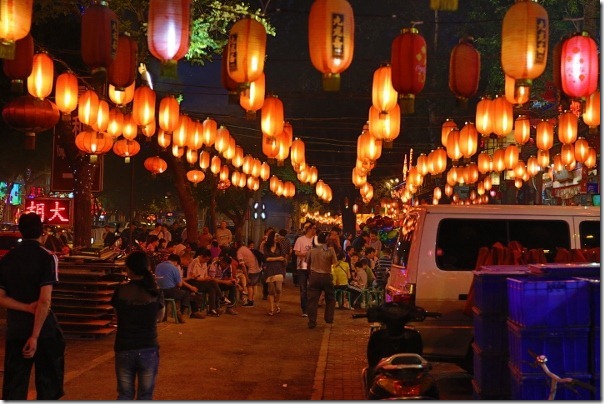 The street if fairly long with the first block near to the station covered in lanterns on each side of the street which give it a cool atmosphere once it goes dark and they are on. It’s a street full of restaurants so we were spoilt for choice. Had some dinner and made our way back to the hotel via the subway. We’d spotted some shops near the station so we went for some window shopping on the way back to the hotel. 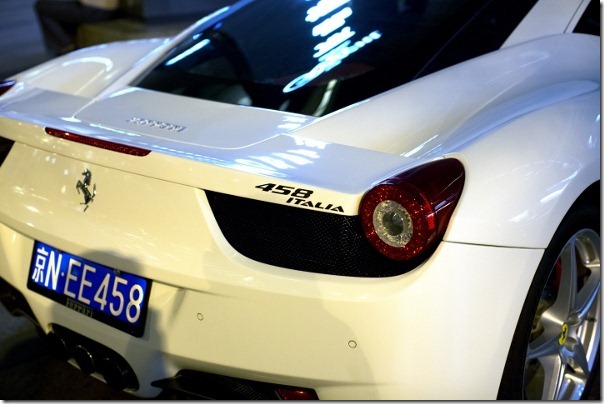 We came across one of these outside the Ferrari shop, at what seemed to the an opening ceremony. Nobody seemed to mind us getting up close and taking a photo of the car. This section of the street is full of expensive car shops. Will have to venture back in the daylight and get an idea of what these cost here. 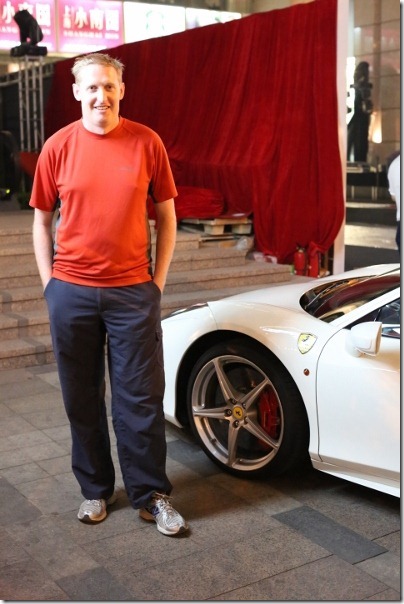