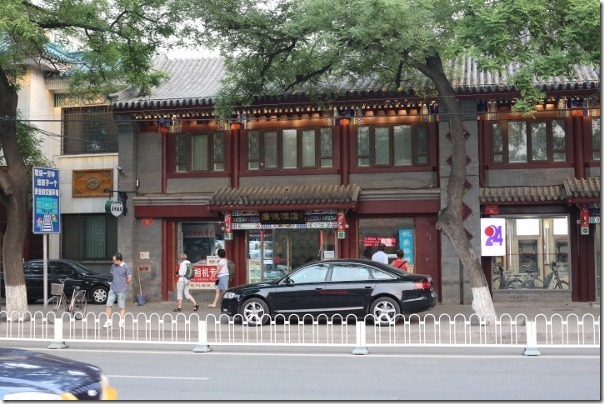 Today we were up early to head to Beijing. It turned out to be a big day of waiting. We were told it could take 1.5 hours to get to the airport so we left at 7:30am with a cab that was sitting just outside our hotel. The cabbie got us there in 40 mins – there wasn’t much traffic and he seemed to know the back way to get to the airport avoiding all the freeway tolls.

We tried to check in but were too early so had to come back an hour later. We found a chair with power, John played on the computer for an hour and back we went. This time there was a much longer queue. When we checked in there was no gate allocated. So we sat around hoping a gate number would appear. Turns out in that hall it only shows which checkin counters are for your flight. So about 40 minutes before our flight we went to information and they sent us back to the check in queue. After a long wait in the checkin queue I had our gate  and more importantly which security gate to go through.

Through security we went only to find our flight has been delayed for 2 hours. 3 hours later we head to Beijing. 45 mins waiting for our bags and an hour to town and we were where where our hotel was supposed to be (see top picture). It looked like a camera store but was the correct address and turned out you go inside and there’s a set of stairs to the rooms etc. Couple of other tourists turned up while we were checking in asking the same questions as us. I’d read a few newer reviews on our hotel recently that left we wondering if our stay would be short. Luckily it seems all good, just have to work out how to get the internet working which we’ll have by the time you read this post 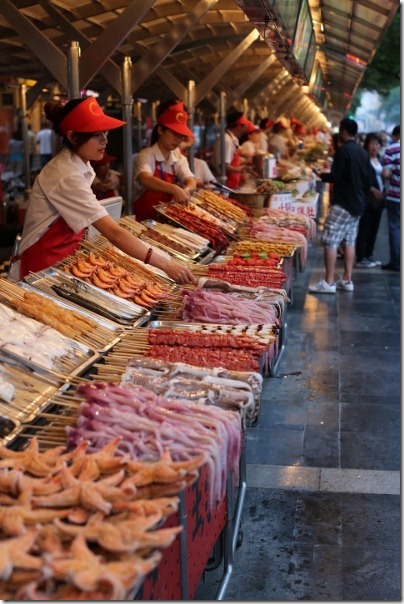 Went for a bit of a walk along our street – we can see the eastern side of the forbidden city wall from the front of our hotel and up the other way are these markets selling all sorts of interesting food. 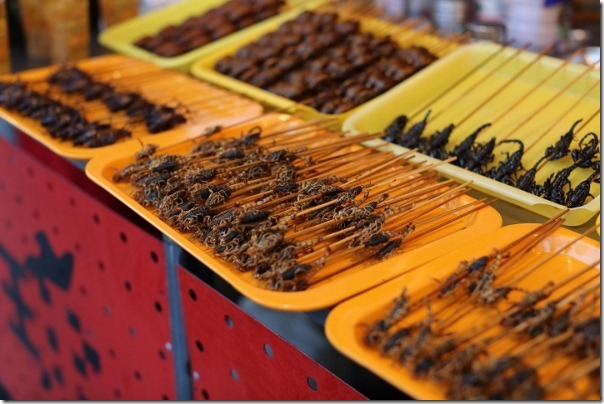 Couple of varieties of different scorpions. 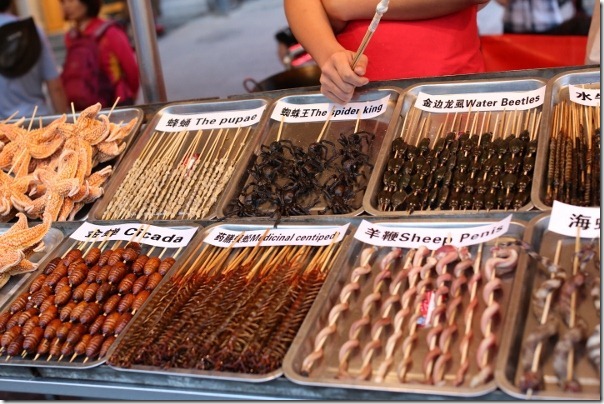 Cicadas, spiders, centipedes, sheep penis, water beetles etc. all for sale. As tempting as it all looked we decided that we didn’t want to spend the rest of the trip with an upset stomach so went for a much more traditional looking restaurant. Straight away it’s apparant we’re in a more touristy part of China. We saw more westerners in 5 mins than the whole of the last 2 weeks.