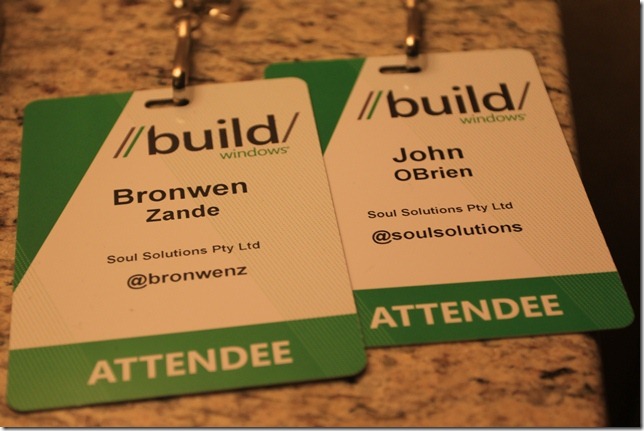 Today we headed off to LAX via Sydney for Build. Had my first flight on an A380 today as we rarely fly through Sydney. The entertainment system and the noise level are definite improvements over the 747. Even though there’s a 747 flight a few hours before on the same day this plane was pretty much full. Takes a really long time to load up one of these but seems to be heaps of overhead bin room for your carryon.

Two flights came in at the same time so it took a fair amount of time to make it through customs, and I managed to break the finger print scanner. We decided to try the shuttle out to Anaheim and jumped on the Disney Express Shuttle ($22 p/p + tip) and they drop you at your hotel which is pretty cool. We discovered we were at the wrong hotel and did a quick switch so we were walking distance from the convention centre (thanks to the very helpful lady at Double Tree).

Then off to the Convention Centre to pick up our badges. Walking into the convention centre the registration area is MASSIVE, in fact the whole area is huge. Looking forward to the big keynote tomorrow!