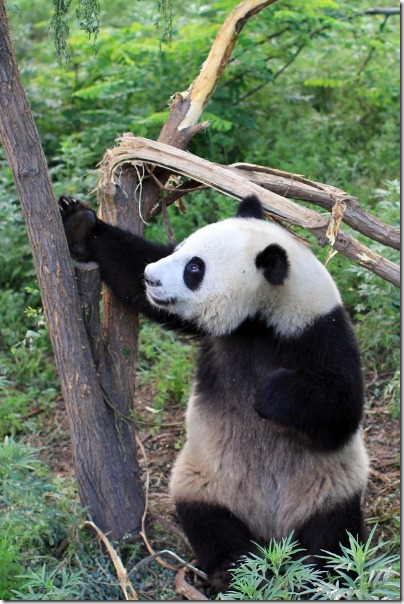 This morning the pandas were up and playing in their enclosures and generally looking cute up trees and doing Kung Fu poses. 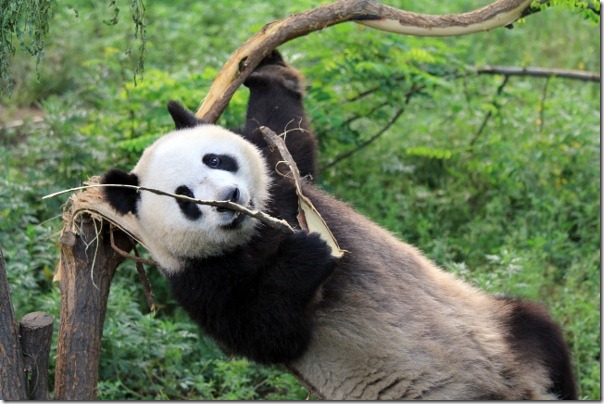 These guys love to climb trees, and pull on the branches. 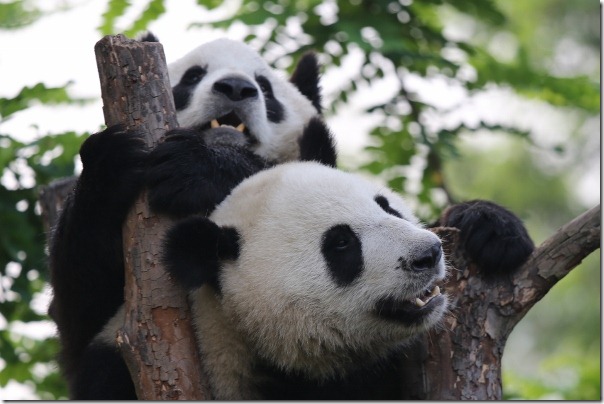 I knew pandas climbed a bit but never realised how high and how proficient they are at climbing. 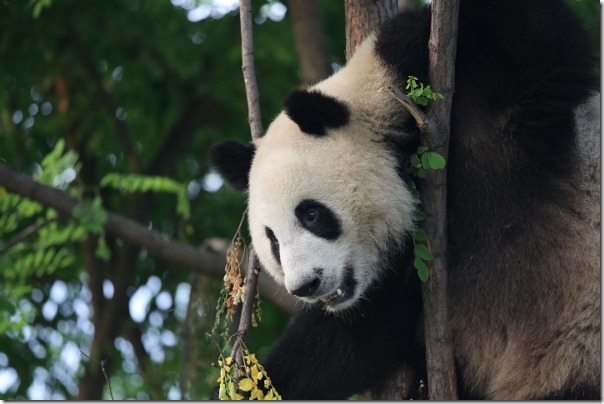 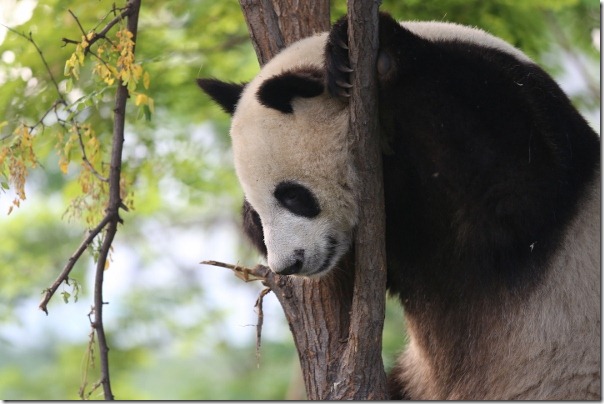 These guys love playing together and fighting in the trees, knocking each other around. 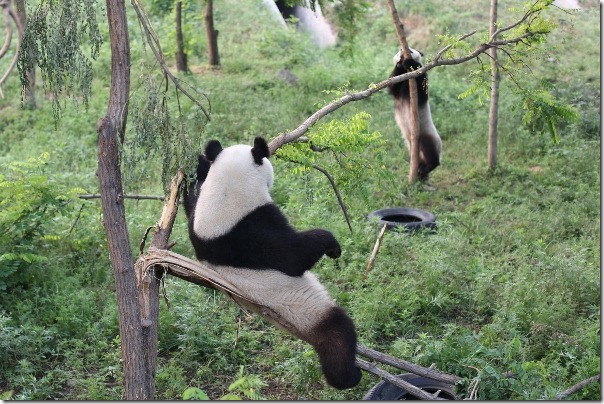 This guy is a lot older and less playful than the little ones. Looks a bit more wise for his age but does like to come out in the mornings and say hello. 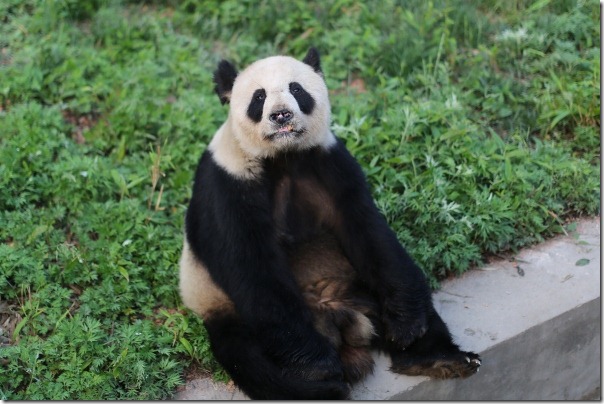 The pandas are housed in an enclosure at the foot of some very cool mountains which can see in the background. 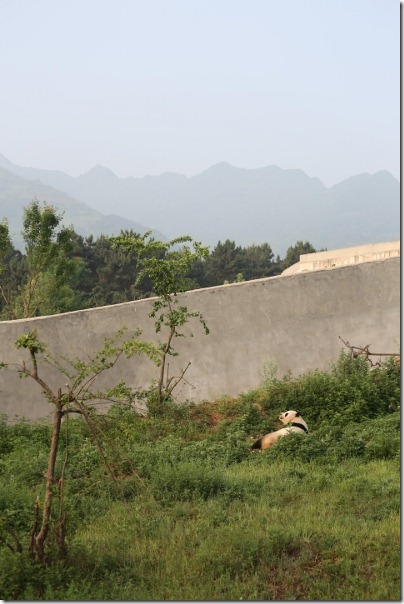 This morning we were on Ibis duty. My keeper spoke a couple of words of English – OK and One. So made the day interesting to work out what I was supposed to do. First I watched her scoop up a bunch of fish and put them in a bucket. So that’s what i do but she grabs them and tosses them back. Guess that was wrong. Watch again really closely and she’s manages to weaved the scoop around and pick up the dead fish..got it. Then to weight the live ones into buckets, put them in the ponds for the ibis and do some weeding.

After lunch we’re heading up the mountain to go to this statue. 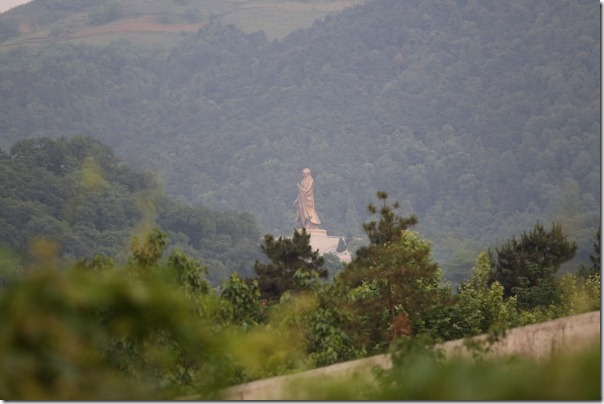 It’s a pretty good walk with a LOT of stairs, so I think my calves and knees are going to know about it tomorrow. From the top there’s a decent view, but smoggy so you can’t see very far. 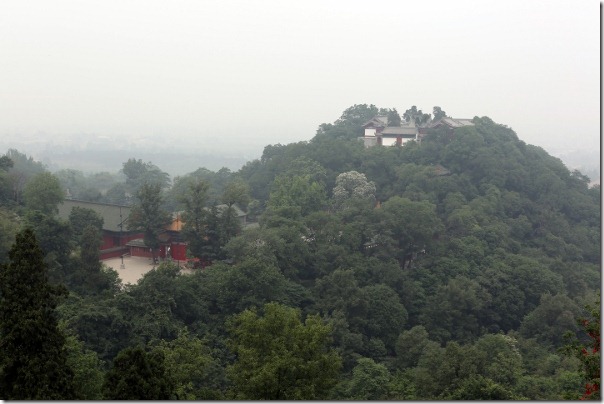 The statue is pretty large when you get right up close. 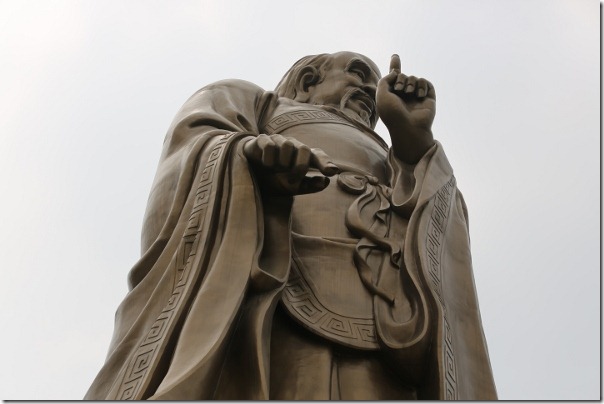 On the weekend we’re going to venture to the top flags that you might be able to make out in this picture. 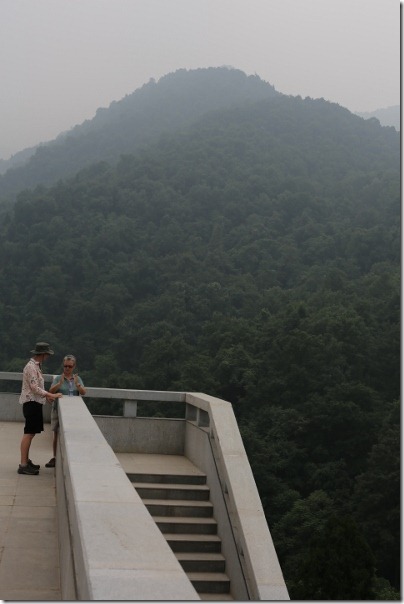 Afternoon Ibis duty was similar but first I had to fish out the old fish with what looks like a vegetable strainer on a stick. They’re actually tricky to catch. Then new fish, this time I’m in an enclosure with 2 ponds with two buckets so put fish in each which I quickly discover by the shocked look on my keepers face was wrong. So now to fish them out of one again and move to the next enclosure.

Tomorrow is another day with the Ibis. Will try and get some pictures as these ones are grey with a red face – quite a bit different to the ones that infiltrate Brisbane.